Bale Goes Dark Knight all over his DP for interrupting filming. Check out the extreme NSFW audio clip inside! 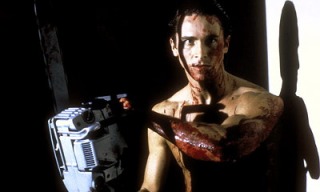 Holy Crap. Its almost like Christian Bale was possessed by his old role in American Psycho. This totally not safe for work audio clip of him blowing his stack on the movie set was just leaked to the net.

Recorded during the production of Terminator Salvation, the audio clip captures an enraged Bale lambasting the director of photography, Shane Hurlbut, for walking onto the set while a scene was being enacted.

Bale, screaming at the top of his voice, was furious with the mistake, insisting that Hurlbut’s professionalism was not up to scratch.

He also demanded that Hurlbut be fired from his position.