The newest issue of the magazine marks a brave new era as comic book author and icon Grant Morrison takes over the helm as director in chief.

The magazine Heavy Metal has probably had more of an impact on pop culture and comics in the last three decades than people under 30 will ever know. It provided viewers with a chance to see comics that were too hard and out there for traditional publishers and it gave tons of legendary artists their first start in the industry. Now, the newest issue of the magazine marks a brave new era as comic book author and icon Grant Morrison takes over the helm as director in chief. He’s coming to the job at the behest of Kevin Eastman, Co-CEO of the magazine and also the co-creator of the Teenage Mutant Ninja Turtles.

To celebrate, the magazine will be offered with three variant covers by artists: Ron English, Mozchops, and Gail Potocki. Also, while there will be tons of new stories coming to the magazine, Morrison is keeping two ongoing series that have already been around: Julia and Roem by French comics master Enki Bilal and the 49th Key by Erika Lewis, J.K. Woodward and Deron Bennetz (the latter of which John Barrowman is currently developing a mini series around).

Along with taking over as Editor, Morrison will also contribute content, including a story in his first issue titled: Beachhead. He describes the story as “An old school sci-fi twist-ender and grand guignol genius.”

He went on to say:
“Upcoming from me and my art collaborators are tales of randy starship crews in a non-dystopian future, anthropomorphic cat detectives with PTSD caught up in quantum-Satanic nightmares, a cut-up collaboration between David Bowie and William Burroughs, and a whole s— ton more.” 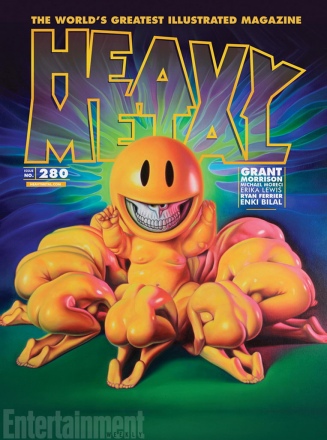 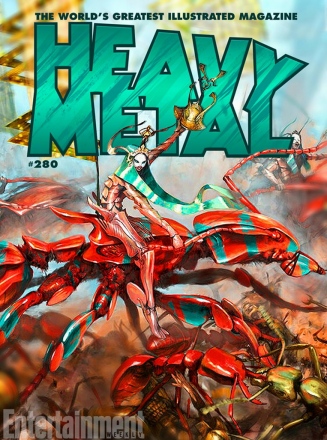 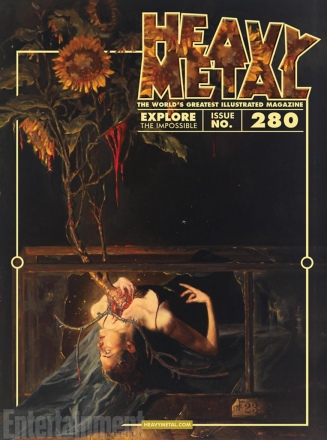