“He choked me from behind and beat me with a belt,” Karrine Steffans says, which was allegedly witnessed by her 12-year-old son. 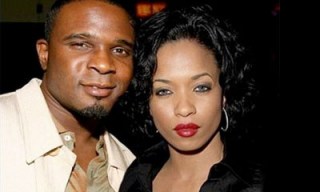 Former “Family Matters” Darius McCrary, who played Eddie Winslow on the popular TGIF show has been ordered to stay at least 100 yards away from his ex-wife after allegedly beating her with a belt in front of her son.

“He choked me from behind and beat me with a belt,” Karrine Steffans says, which was allegedly witnessed by her 12-year-old son.

McCrary however claims there’s nothing to the accusations and is calling Steffans’ claims “public defamation.”

“While it is unfortunate that Miss Steffans has resorted to such public attacks and allegations against Mr. McCrary, he wants his family, friends and fans to know that in no way does he condone anyone resorting to violence against another human being to solve a problem,” McCrary publicist says in a statement.

“It is apparent that Miss Steffans didn’t take the finality of the divorce well and has resorted to her old tricks of public defamation of one’s character.”

Karrine Steffans is best known for appearing in music videos with the likes of R. Kelly and Jay-Z. The two divorced, after one year of marriage, in April of this year.