Art Clokey, the creator of the iconic cartoonish clay figure Gumby died in his sleep Friday at his home in Los Osos, California. 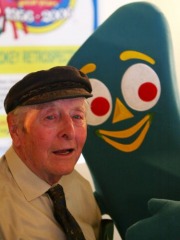 Art Clokey, the creator of the iconic cartoonish clay figure Gumby died in his sleep Friday at his home in Los Osos, California. Clokey, 88, died after battling repeated bladder infections.

Clokey, whose bendable creation became a pop culture phenomenon invented the whimsical green clay character Gumby in 1950 that first debuted on the “The Howdy Doody Show” and went on to to become the star of his own successful television show, “The Adventures of Gumby.”

Gumby was soon joined by Pokey, his horse friend, in the 60s and became even more popular for not just kids, but adults and collectors around the world.

According to the Los Angeles Times, citing his son Joseph, Clokey was born Arthur Farrington in Detroit in October 1921 and grew up making mud figures on his grandparents’ Michigan farm.

“He always had this in him,” Joseph told the Times.

Gumby was the outcome of an 1953 experimental clay animation film by Clokey called “Gumbasia.” Clokey also created and produced the Christian TV series “Davey and Goliath” in the 1960s.

Clokey has said he based Gumby’s sloping head and hair on a picture of his father, who died in a car accident when the filmmaker was 8 years old.

Joseph Clokey told the Times that those journeys and Clokey’s love of fossil hunting helped inspire Gumby’s own adventures. 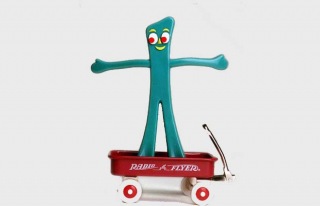