“There will be an exclusive cupcake available for sale in our booth everyday but there will only be 150 of these delicious Star Wars themed treats per day so get yours before they sell out!” 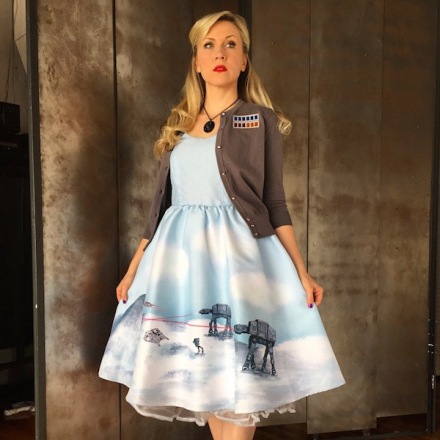 NEW YORK, NY – April 9th, 2015 – Star Wars Celebration in Anaheim, CA, April 16th-19th, will bring fans of all ages together to celebrate their favorite universe and, this year, female fans will find Star Wars fashion and fun to enhance the galactic festivities. Her Universe, the ground breaking sci-fi fangirl fashion company announced today that they will premiere an all-new stylish Star Wars fashion collection at Celebration featuring dresses, skirts, cardigans, tees, tunics plus an “Ahsoka Lives” exclusive tee to celebrate the fan-sanctioned Ahsoka Lives Day on Friday and the character’s return in Star Wars Rebels. To top it off, Her Universe Founder, and voice of Ahsoka Tano, Ashley Eckstein, revealed she is bringing some galactically-good treats as well – a different daily Star Wars themed cupcake available at Salacious Crumb’s Cupcake Bake Shop inside the Her Universe booth (#934)! Get your daily cupcake as well as a matching Salacious Crumb’s Bake Shop t-shirt. Who knew Jabba’s little court jester had such a sweet tooth?

“Star Wars Celebration is finally here! This is one of my favorite fan events and we have been busy planning and designing a unique shopping and community experience,” said Ashley Eckstein. “We have a brand new fashion collection for women and girls including an extended size range, plus dressing rooms to try everything on! Also, I wouldn’t live up to my nickname of ‘The Cupcake Lady’ if I didn’t bring cupcakes! There will be an exclusive cupcake available for sale in our booth everyday but there will only be 150 of these delicious Star Wars themed treats per day so get yours before they sell out!”

Eckstein will also be signing autographs at the show in the Celebration Autograph Hall: Presented by Official Pix on Thursday – 4pm to 7pm, Friday – 12pm to 2pm, Saturday – 12:30pm to 2:30pm and Sunday 1pm to 5pm. Fans who cannot make it to Star Wars Celebration this year will find most items from the new Her Universe Star Wars fashion collection available online the weekend of Celebration at www.heruniverse.com and later at Disney’s Star Wars Weekends in Orlando, FL. 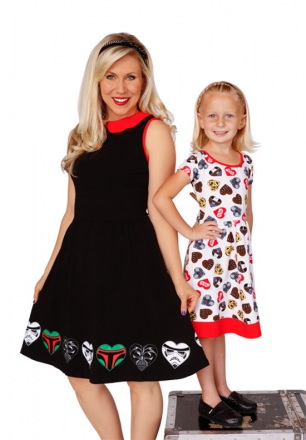 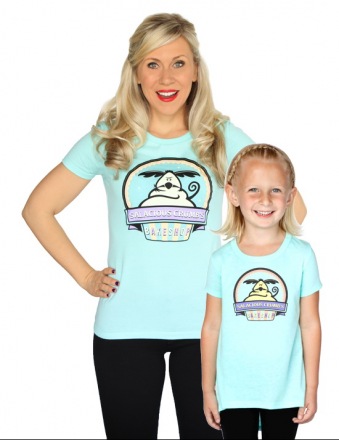 About Her Universe
Her Universe was launched in 2010 by actress and entrepreneur Ashley Eckstein and The Araca Group, a leading theatrical production and brand management company. Ashley and Araca created Her Universe to address the expanding market of female sci-fi and fantasy fans. They entered their first agreement with Lucas Licensing to develop and produce a line of female-centered Star Wars apparel and accessories. The success of that line was followed up with a collection for BBC Worldwide for Doctor Who, CBS Consumer Products for Star Trek, AMC for The Walking Dead, Nerdist Industries, Marvel, Hasbro for Transformers and Studio Ghibli. You can learn more about Her Universe and purchase the current line of fangirl apparel and accessories by going to www.heruniverse.com and by following Eckstein & Her Universe on Facebook (facebook.com/HerUniverse) Twitter (twitter.com/HerUniverse), Pinterest (https://www.pinterest.com/heruniverse/) and YouTube(https://www.youtube.com/user/HerUniverseChannel?sub_confirmation=1).