It definitely has a more tactical look to than the classic comic book version.

With less than a day until we get a look at Daredevil on Netflix, Marvel has released a new Motion poster that shows Matt Murdock transitioning from his business attire, to his black beginner’s costume, and finally to his red classic uniform.

It definitely has a more tactical look to than the classic comic book version, but so far… I think I’m pretty cool with it. That said, all judgement is out until I binge watch the hell out of the series. 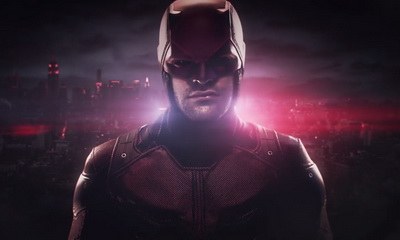