Jake Houvenagle and Brandon Voges – Garbage Pail Kids – Where Are They Now ?

Art director Jake Houvenagle and photographer Brandon Voges took on the task of bringing the grown up versions of the Garbage Pail Kids to life and they are fairly disturbing.

I used to love Garbage Pail Kids when I was little and I’m really excited to see the new figures that Funko is working on now, but have you ever wondered what happened to the characters from the original batch? Art director Jake Houvenagle and photographer Brandon Voges took on the task of bringing the grown up versions of the Garbage Pail Kids to life and they are fairly disturbing.

Adam Bomb
As a small child, Adam had no idea how much of an impact pressing that button would have on his life (and everyone else’s). He’s had to live with that horrible, juvenile decision for his entire life, in this wasteland that he created. He lost everyone and everything, and was the only one that survived the destruction. It’s been the source of major depression throughout his life (and his head). Although that dented head has healed, his heart has remained a wasteland. 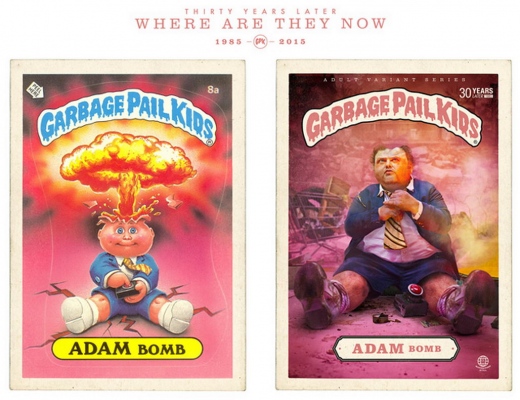 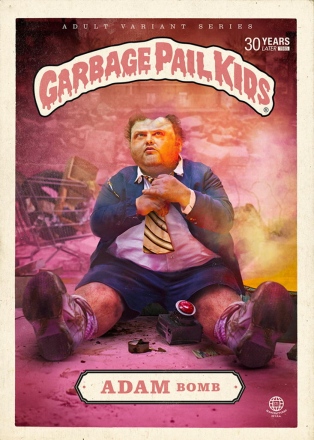 Clogged Duane
Who would have thought that a child who suffered such a traumatic, life-threatening experience would grow up to be the regional manager of a drain clearing and plumbing business? Plumb Nutz was ranked in the top 900 businesses of Fairfax County (East division) and Duane has been helping people remove all sorts of goodies from choked pipes for the last 22 years. His horrible accident left him with a set of thin and flexible appendages which he now uses to snake through clogged drains, and, by tickling his toes, remove the culprits. 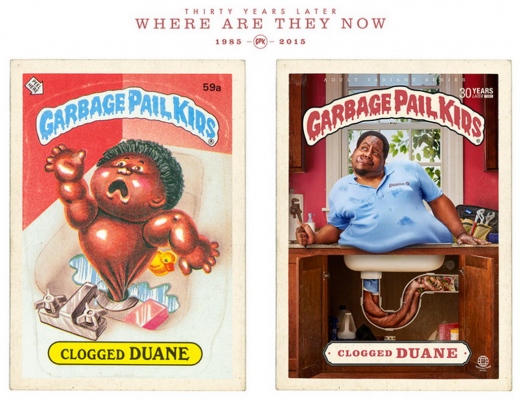 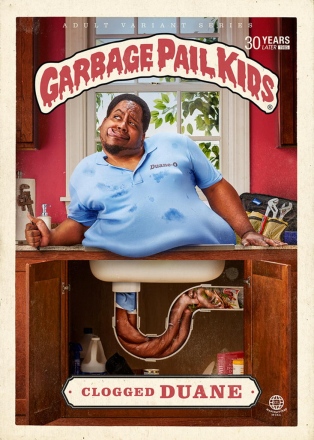 Armpit Britt
Britt is the poster child for growing up tough. Her pit hair started growing early, and fast. Shaving did nothing, and as a poor family they had no money for laser treatment or waxing. She lived in a trailer with seven other extended family members, one of them being a touchy uncle who loved fondling her armpit hair. She turned to drugs at an early age. By 15, she had been to jail and rehab more times than the number of pit dreads under her arms. Britt turned things around the best she could, and now sober, she provides for her five kids working steadily at two jobs at the local truck stop and corner liquor store. 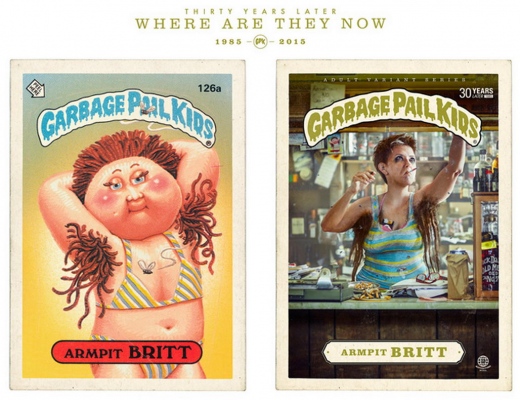 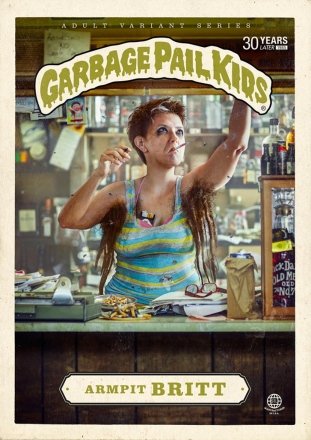 Bony Tony
Tony did pretty well with the ladies in high school. They always wanted to get “under his skin,” curious what would be hiding under that zipper. In college, Tony partied hard, eventually dropped out, never to return. He was good with his hands, but unable to hold down a construction gig or any of the local assembly line jobs because of the safety concerns related to his loose skin. Tony decided he had a real gift, and took it to the stage. He has been headlining a low end Chippendales knock off in old town Vegas for the last 14 years. 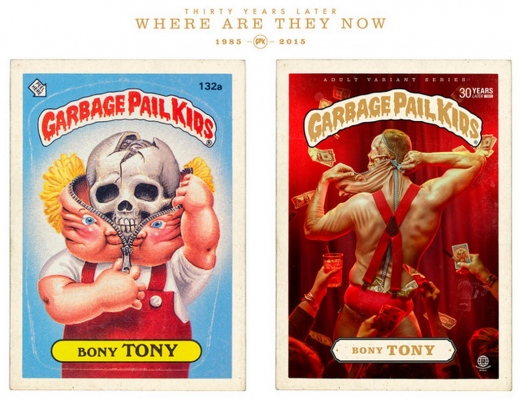 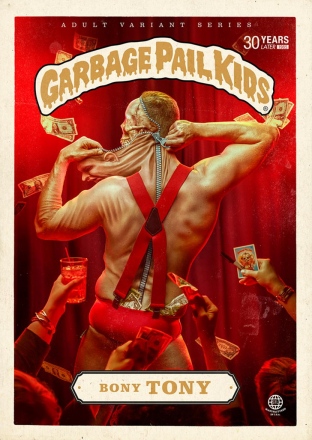 Barfin’ Barbara
Barbara was a complete outcast when she first started using her own puke in her cooking. But now with all the free range, naturally prepared and sustainable products flooding the market, she’s made a very successful career as a private chef in Hollywood. She cooks for the stars and has multiple locations of Barb’s Re-Bites, specializing in intestinally marinated meats and stomach pickled organic veggies. She’s cooked for many A-list celebs, including Gweneth Paltrow, Reese Witherspoon and Seal. 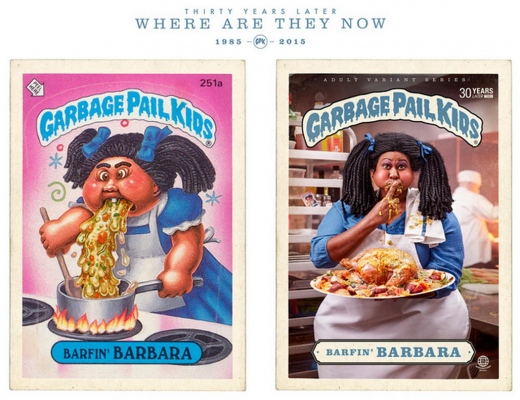 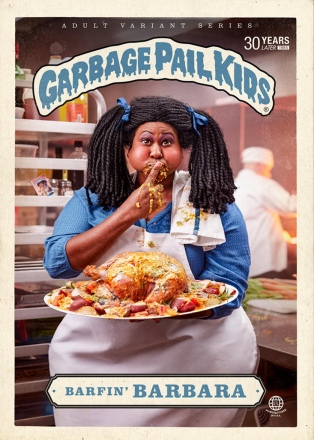 Noah Body
Noah has become known for that optimistic smile. Born with no body, his options were limited. To survive, he begged for change in exchange for pencils. He spent most of his childhood homeless, but always had that smile. He knew he was destined for bigger things, body or not. With that smile and charm he worked his way from being homeless on the tough streets of New York, to being the founder and owner of Pencil Club, a monthly pencil delivery service that has 20,000 employees and is the #1 pencil retailer in 42 countries. A fun Noah fact: He now owns the high-rise office building that he once begged in front of. 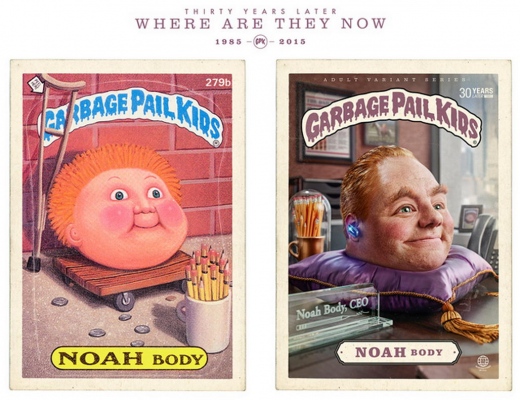 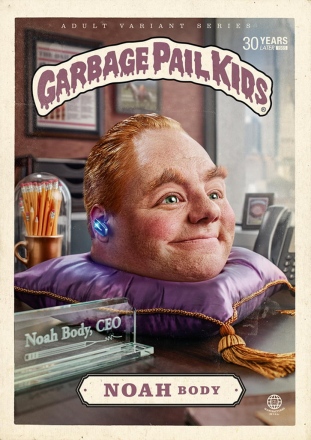