It’s a medium pizza with torn carcass garnished in sacrificial spices, the flesh of a subterranean organism with a dozen eyes, and charred, gnarled fingers reaching out through a garden of bleeding eyeballs.”

Aoki’s Pizza in Japan has an annual tradition of holding a Halloween Carnival every October. Last year, they introduced a zombie pizza called the Bloody Zombino and it was so popular that they are bringing it back again to scare the crap out of pizza fans around the world (but mainly in Japan as that’s the only place you can get it).

This year’s pizza, is actually called: Resurrection! The Bloody Zombino 2. and “it’s a medium pizza with torn apart carcass garnished in spices used during ancient dark Aztec ceremonies, the flesh of a subterranean organism with a dozen eyes, and charred, gnarled fingers reaching out through a garden of bleeding eyeballs.”

For those of you who might be a little bit worried about the sourcing of the toppings, it’s really just sausage, potatoes, cheese, and spicy taco meat. Still, it’s one of the coolest pizzas we’ve ever seen. And, if you need something fresh to wash it all down, you can treat yourself to a cup of eyeball jelly! 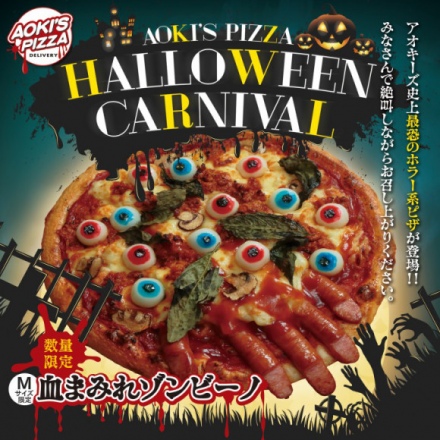 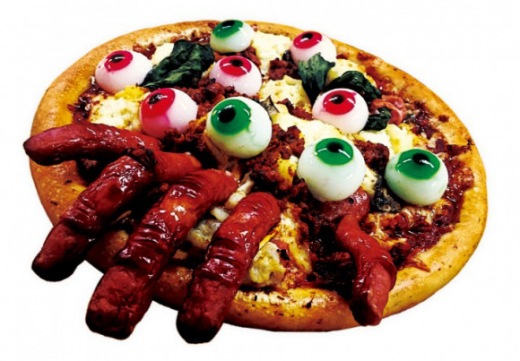 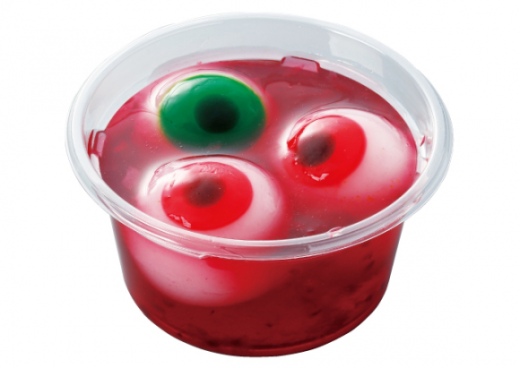