Eisenberg is demanding $3 million in damages for misappropriation of right of publicity and unfair business practices — more than the budget of the film. 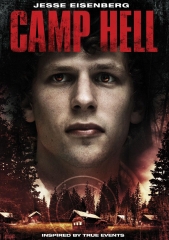 Jesse Eisenberg is upset with Lionsgate Entertainment and is suing them for $3 million for overplaying his cameo role in “Camp Hell” in order to boost sales of the indie horror film’s DVD release.

The Oscar-nominated actor says he made a five-minute cameo in the film as a favor to friends, but had no idea the studio would then use his image to heavily promote the low budget film.

According to the lawsuit, “Eisenberg is bringing this lawsuit in order to warn his fans and the public that, contrary to the manner in which Defendants are advertising the film, Eisenberg is not the star of and does not appear in a prominent role in Camp Hell.”

The release’s latest DVD cover allegedly features Eisenberg’s name with a large photo of Eisenberg’s face superimposed on an image of the woods and the film’s name.

Eisenberg is demanding $3 million in damages for misappropriation of right of publicity and unfair business practices — more than the budget of the film.

“Camp Hope is a place where Christian children come together to share and study their faith. Deep in the woods and far from distraction, they learn how to better serve their maker and the perils of tangling with the Devil. Unfortunately their charismatic leader unknowingly leads them into a world of evil, and the nightmare begins, as each child’s body soon becomes possessed by something evil.”