KFC Wants To Kill You With their New Zinger Double Down

It was a big deal last year when KFC released the Double Down, a bacon sandwich with two fried pieces of chicken as the bun. Now they’ve one-upped themselves with the Zinger Double Down, which now also features a beef patty between the buns. The 750 calorie monstrosity also packs in 1,330 mg of sodium. I can feel my arteries hardening just talking about it. When we heard the new sandwich was out, we decided to check and see if anyone had a pick of what the actually looked like… the result looks kind of like an Awesome Blossom had a miscarriage. 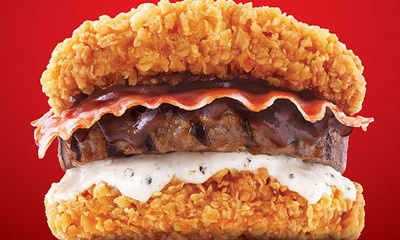 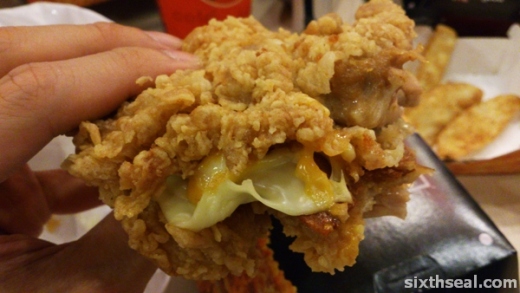