Some people really love to decorate for Halloween, but few people go out of their way to build props that are as big as their homes.

Some people really love to decorate for Halloween, but few people go out of their way to build props that are as big as their homes. That’s exactly what one man in Parma, Ohio did. Nick Meyer has been creating new and interesting Halloween displays for his home for several years now, but this is the biggest he’s ever gone. If there’s one miracle here, it isn’t that the decoration was built so well, but that his wife and neighbors are handling the new foot traffic into the neighborhood so well. It seems like the Halloween spirit is strong with them all.

Obviously, a giant AT-AT walker out in the neighborhood has gained some pretty intense foot traffic and visitors from all over Ohio. Many Star Wars fans have taken to social media to share their pilgrimage to the Hoth land, with some even getting into character, dressing as Imperial Stormtroopers and standing next to the mighty Imperial armored transporter from Episode V. Miraculously, Nick Myer’s wife and neighbors fully approve of the AT-AT walker and don’t seem to mind all of the attention that the Halloween display is gaining. 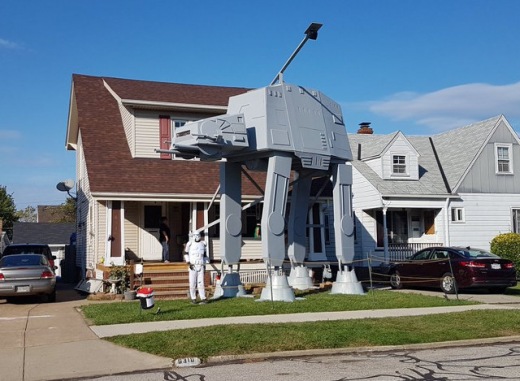 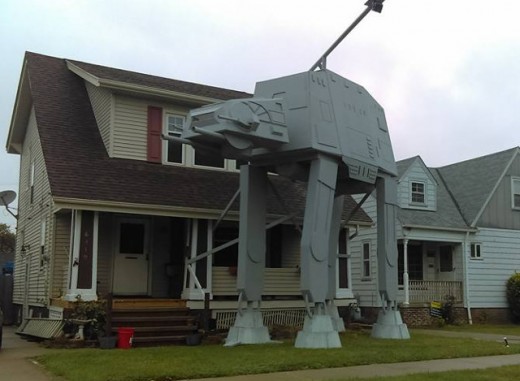 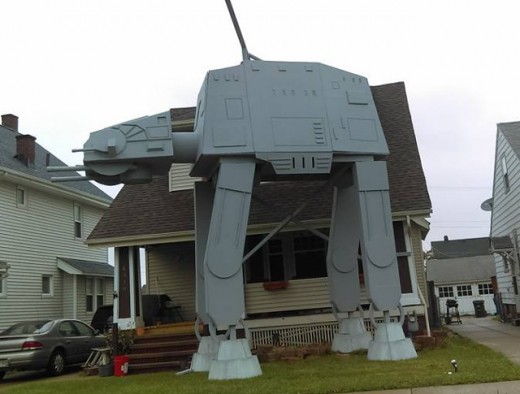