Mickey Rourke has no idea what “Iron Man 2” is about and he still hasn’t seen the final cut of the movie.

“I have no idea what’s in the movie or what it’s about, to be honest with you,” Rourke tells UK paper ‘Daily Mail’.

“I read my character. I didn’t read a lot of the other stuff too clearly.”

Rourke insists however, that it was because he doesn’t want to know what goes on and not because he was too lazy to read the rest of the script or watch the finished film.

Rourke plays Whiplash in the much anticipated “Iron Man 2” film which opened last weekend internationally and will open this Friday state side. 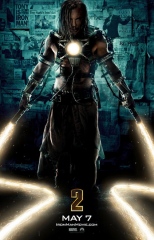