“Relax on Kepler-16b: The land of two suns—where your shadow always has company.”

Last year, NASA’s jet propulsion Laboratory (JPL) designed a series of posters called the Exoplanet Travel Bureau Posters. The posters, which look like they could have come out of Mondo, and look stylistically similar to the old Firefly travel Posters from QMX, give a vintage sci fi spin on real planetary bodies along with catchy taglines like “Relax on Kepler-16b: The land of two suns—where your shadow always has company.”

While the posters were created for internal use, NASA has now released them HERE, so that anyone can download them for free! Don’t get it wrong, this is still all about education. When you go to download each poster, you’ll be treated to an interesting factoid, like this blurb from the Mars poster:

Ever since Mariner 4, a space probe sent by NASA, accomplished the first successful flyby of Mars in 1965, robots have been exploring the land in hopes that humans may join them some day. This poster expresses the dream that someday Mars will be colonized and space tourists will be able to look back on “historical” sites to see how far we will have come. 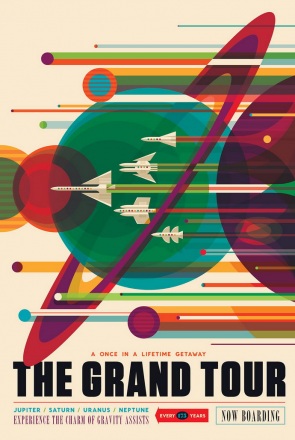 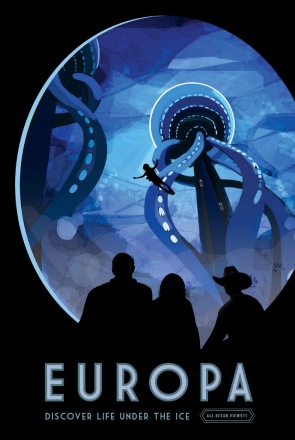 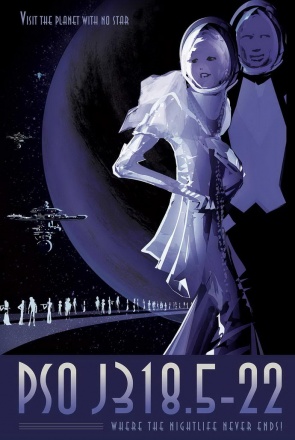 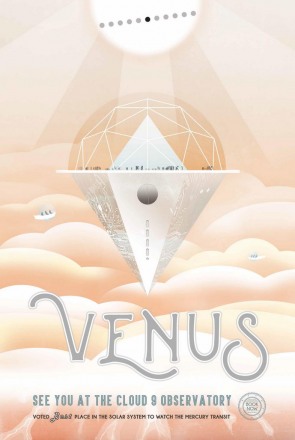