What’s better than a six pack of crappy beer? How about a 99 pack? The beer, which seems to be ironically popular among hipsters as a cheap alternative to their small batch IPAs, has been long regarded by most beer drinkers as garbage. Amazingly, the brand has persisted, possibly do to odd stunts like this one. 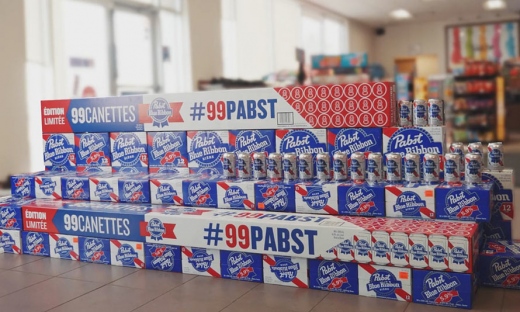 Fortunately, the onslaught of the 99 “cannette” pack (wtf is a cannette?) has not been brought down upon the US, but has been saved for the fine folks who live in America’s hat, AKA Canada.