“Sesame Street” needs your help Internet! They want to figure out the identity of the original Gordon from its unaired pilot. 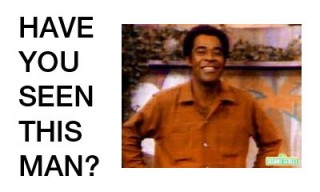 ”Sesame Street” needs your help Internet! They want to figure out the identity of the original Gordon from its unaired pilot.

In a letter recently posted on its website, the Sesame Workshop explains they’ve tried everything to find the name of the actor but have come up empty.

“In the summer of 1969, Sesame Workshop created an episode of Sesame Street — an unaired test pilot shown only to a focus group of children,” explains the Workshop.

“Later that year, on November 10, 1969 after incorporating the data gathered by this test pilot and many other sources, the first ever episode of Sesame Street – Episode 0001 — debuted.”

“We don’t know who he is, and we’d like to figure it out. We’ve tried everything short of asking the Internet, and come up empty. So we’re asking you for help.”

“Caroll Spinney (Big Bird, Oscar) also has been with the show since day one. And he similarly does not know who Mystery Gordon is,” they explain.

Even a search of Sesame Street archives, which includes everything from clips and stills to letters and pay stubs came up empty.

“Who ever thought that a test pilot filmed in 1969 would ever be so culturally significant?,” they ask. “Email us with anything – anything – you know which could help us figure it out. Drop us a note a wheresgordon@sesame.org and we’ll start investigating.”

“It could be something seemingly small; something like ‘my great aunt once said that her third cousin was almost on Sesame Street’ or ‘there was a person in my neighborhood who said he was on Sesame Street in the late 1960s.'”

Here’s a clip from the unaired test pilot created forty years ago; July of 1969: