Protip. If you are a dad, have “I am your Father” engraved in as the inscription.

Before passing away, Daniel Fleetwood gained internet fame for getting to see an early screening of Star Wars The Force Awakens due to terminal Cancer. When Daniel did pass away, his remains were placed in an urn modeled after Darth Vader’s lightsaber. Now, a company has taken that idea and created new urns that are based off of Darth Vader’s Helmet and the Death Star. If you are planning on dying any time soon and would like one of your own, either of the 3D printed urns will run you just around $225.

Protip. If you are a dad, have “I am your Father” engraved in as the inscription. 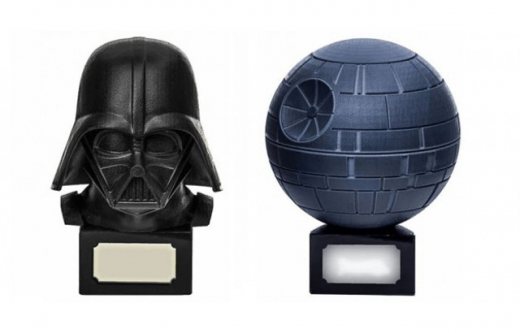