Unicorn Cereal Is Part Of A Not So Balanced Breakfast

I wonder if you poop unicorns after eating a bowl?

Kellogs is releasing a Unicorn Cereal and the question on nobody’s mind is: I wonder if you poop unicorns after eating a bowl? The good news is that you will be able to find out for yourself sometime in the first part of 2018. That’s when the makers of Frosted Flakes and other type 2 Diabetes inducing breakfast treats will be releasing the new cereal.

The Unicorn cereal is actually just a new version of Froot Loops and they’ve already seen some release in the UK, where glittery boxes hit grocery store shelves, filled with yellow, purple, and red sugar loops. We don’t currently know what colors will be in the American edition, but we are being told that they will be unique… I’m going to go ahead and guess that they will be pink and blue. You know… like the picture on the box. 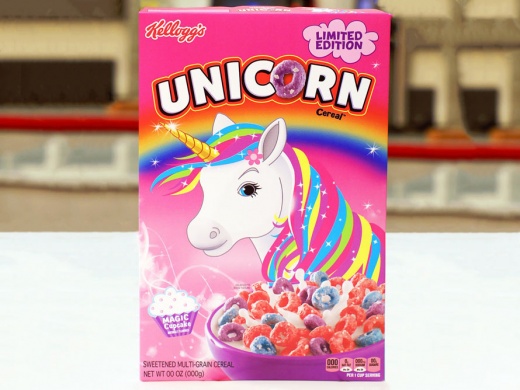