A Letter To Mom, Because Moms Are Awesome Every Day!

Why should we celebrate all that our moms do for us only once a year? I’d like to focus on my mom for today and say why she’s the best! 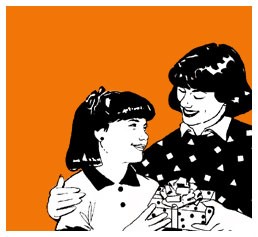 This past weekend was Mother’s Day but here’s something I don’t understand. Why should we celebrate all that our moms do for us only once a year? The same goes for Father’s Day. These are the two people in the whole wide world who are theoretically supposed to always be there for you. I say “theoretically” because there are some crappy parents out there and I feel so bad for the kids. They deserve better….

That’s a whole different issue. I’d like to focus on my mom for today and say why she’s the best.

My mom’s pretty trendy. Back in the day, she was one of the first people in Japan to run around in a bikini. That was pretty daring. She was also modeling on catwalks and in commercials. She’s not afraid to paint her nails in whatever wacky color I decided to buy, even if it’s a strange blue-ish alien green. Actually, that’s her favorite nail color besides red.

She loves the hot pink iPod Nano we got her for Mother’s Day last year. She also will ignore me to chat with her friends on Facebook. Yes.

My mother is on Facebook and she prefers to chat with her friends in Asia instead of hanging out with me.. She also doesn’t want to be my friend on Facebook.

My mom likes Lady Gaga. She watches Glee. She also likes Lauryn Hill’s “Doo Wop (That Thing)”. She loves that song. I was sitting in the car with her one day and noticed she was singing along. I remember thinking “Holy ****!! How does my mom know the lyrics to Lauryn Hill?!”

A little background on my mom. English is her third language. She has great conversational skills and can get around even when her kids aren’t there to translate for her. However, she doesn’t get slang. For the longest time, she didn’t know what “ghetto” meant. She thought I was saying “gecko” because we lived in Hawaii. Therefore, she couldn’t understand for the life of her why I would be saying something or someone was “gecko”. In her head, she was picturing the Geico gecko in place of whatever I was talking about.

Back to Lauryn Hill. So she’s singing along and my curiosity finally got the best of me.

Me : “….so….Mom, you really like this song, huh?”
Mom : “Oh yes! This song is so funny! You Americans talk about such interesting things in your songs!

At this point, I’m a little confused because I don’t understand how SHE understands what the song’s about. I decided to investigate further.

She proceeds to sing the chorus. This is what it’s supposed to be :

Here’s what came out of my mom’s mouth in near perfect pitch :

She thought the song was about dusting and doing housework. That’s why she was telling me why she thinks American pop music is so funny! I laughed so hard, I almost had to pull over because I couldn’t see what was in front of me. 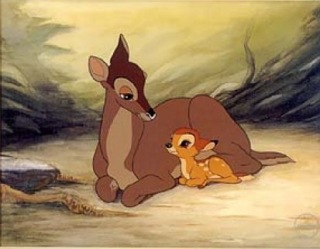 My mom is my biggest fan and cheerleader. She thinks I could’ve been an astronaut or the female version of Einstein….if she and my grandparents didn’t drop me on the head a few times. She’s sorry for this. She’s told me many times. I always tell her that it’s okay because I turned out pretty well…minus a few quirks here and there.

There is nothing she doesn’t think I could do. If I told her right now I wanted to be a pop star, she’d take me to the nearest karaoke lounge so we (Yes, I said “we”. She’s 1/2 Japanese. She loves karaoke.) could practice because she thinks I sound like an angel when I sing. In case you’re wondering, there’s nothing wrong with her hearing and she reassures me constantly she isn’t just saying that because she’s my mother.

I was bored one day and made up a four part fantasy story. She listened to me tell her the whole thing for an hour and a half. When I finally made up an end to the story, she wanted me to write it down for her so that she can always read it. She said it was the best story she ever heard and, no, she’s not just saying that because she’s my mom.

My mom’s also really good at arts and crafts. During Thanksgiving, all the kids in our grade school had to dress up.

I have no idea why it always worked out that way but I’ll tell you what. My sister and I were always the best looking Indians and our costumes beat the PANTS off the pilgrims. That’s because my mom worked night and day hand-stitching our outfits. She ripped apart feather dusters to make our headdresses and glued rhinestones into them for extra sparkle. Okay, so maybe we weren’t the most “authentic” looking Indians but for an immigrant mom making do the best she could, she made us look awesome.

Maybe she shouldn’t have done such a great job because now we knew she was good at arts and crafts. We somehow talked her into doing all our craft projects for us. Haa haa haa!!!!

Whenever her kids are tackling a big project, she’s always cheering us on if she couldn’t help us complete it. If she’s not cheering us on, she’s taking care of us the best way she knows how. She feeds us. You know how every person says their mom’s cooking is the best? Well, my mom’s cooking is the best. I freeze all the leftovers because they’re my treasures. I share them with no one (….okay okay….I offer it to Clyde) and can only stand to eat them when I’m feeling sick because it comforts me better than any soup that’s not made by my mom.

She cuts and slices fruit by the bushels for me….only to eat it all when I play anime / Asian dramas for her. * sigh * 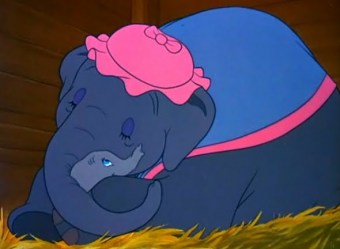 My mom told me she wanted to come keep me company while Clyde’s on a business trip. I was happy and said “okay!!” because I know this means lots of home cooking!! SO WRONG!!! I WAS SO WRONG!!!

She came over and immediately asked me to put on the special episode of the Japanese drama “Absolute Boyfriend”. After crying when it was done (it was so sad….I love that series….), she wanted to watch anime. She is currently glued on the couch watching “Inuyasha” because that’s one of the only anime I found on Netflix that’s in Japanese.

Every mom knows the strengths and weaknesses of her kids. My mom’s no exception. She knows her kids were no dummies. That’s why when other kids got toys for gifts, I got a multiplication times table. She made me memorize a new set of numbers every week. I hated it but when the school hosted a Math-A-Thon, I was the second grader that beat the pants off of the higher division students. TAKE THAT AND LIKE IT!!! YOU GOT YOUR ASSES KICKED BY A LITTLE GIRL!!!

Maybe I shouldn’t have shown off because there was no going back after that. She will now call me only to ask me to spell things for her.

My mom doesn’t look her age. This is great for her but not so great for me. You see, people will stop us and tell me how pretty my sister is. I’m confused because my sister isn’t with me. That’s when I notice they’re pointing to my mom who is eating it up and grinning like the cat that ate both the canary and the cream. I’m sputtering with indignation because they’re telling me she looks too young to be my mom. So….if SHE looks young, then that means *I* look old!

She’s cracking up. I’m not amused and will usually end up sulking for the rest of the day.

My mom is the best. I love her. If I had it my way, every day would be declared Mother’s Day.

Bonnie N. Clyde is a writer for YouBentMyWookie.com and the alias of the Supreme Commander / Ultimate Destroyer. When she isn’t getting blocked on Facebook by her mom, she writes in her blog using her coconut computer over at MissBonnified.com