Despite being nearly 10 years old, Second Evolution has remained incredibly engrossing to this day as a solid fantasy/sci-fi RPG.

Square Enix’s Star Ocean: Second Evolution for Sony’s PSP is a remake of Star Ocean: The Second Story from the bygone era of the PS1. Despite being nearly 10 years old, Second Evolution has remained incredibly engrossing to this day as a solid fantasy/sci-fi RPG with likeable main characters and decent replayability. If you’re familiar with Star Ocean: First Departure, Second Evolution will be second nature considering not much has changed in terms of its overall game play mechanics and visual elements. Whether this is good or bad is subjective, but fans of First Departure should be able to jump right in and even notice the various tweaks and improves made in Second Evolution. 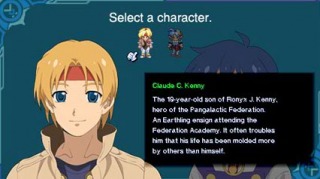 Second Evolution stars Federation officer Claude C. Kenny, the son of Ronyx J. Kenny from the first game, and native girl, Rena Lanford whom he rescues early in the game. Mistaken as a legendary hero from a local prophecy, Claude gets suckered into investigating the Sorcery Globe, a meteorite believed to be evil incarnate, and in the end it is up to this unlikely duo to save the world. Your typical RPG fare…

What’s unique about Second Evolution is its action-RPG hybrid mechanics and the ability to switch early on between Claude or Rena. Your gaming experience will differ depending on who you choose to play and lends tremendously to its replay value. The action-RPG mechanics is similar to previous Star Ocean games, a mix of button mashing and strategy. You take control of a single character in your team of four, while the others act as AI controlled NPC. Of course, you can always switch characters with a click of a button if you decide to mid battle. In your battle, you can move around a nice 3D plane and execute basic attacks and combos (a.k.a. button mash), or cast spells and Special Arts which can be assigned to the shoulder triggers.

Overall, Second Evolution is a solid RPG, despite having some shortcomings particularly with its more 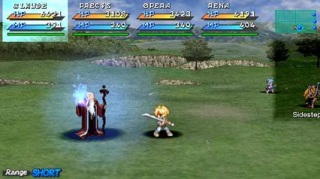 simplified combat system which has plagued the Star Ocean series. While some reviews may have been critical of the voice acting, I thought it was tolerable. The diverse cast of characters is unique and comparable to First Departure. For those who have played the PS1 counterpart, be glad to know that Second Evolution is nearly identical to the classic aside from the new widescreen aspect ratio. This of course can be both good and bad, because if you were expecting new stuff, aside from cosmetic additions and new animated cut scenes, you will probably be disappointed. Although Second Evolution is not perfect or epic in any means, it is still highly recommendable for those new to the series or Star Ocean fans of the original. It’s a solid game with significant replayability and an enjoyable storyline perfect for any RPG/Fantasy/Sci-fi enthusiasts.

Below is the opening for Second Evolution in all its all new animated glory.

So, you like what you see? Good, because now we at Bent My Wookie are giving you the chance to win your own copy of Square Enix’s Star Ocean: Second Evolution for the Sony PSP. To enter, all you have to do is answer the trivia question below and fill out the entry form. One winner will be chosen at random from the correct answers. But before getting to the trivia question we want to first congratulate Melissa D. of Baltimore, MD on winning last month’s contest for Bleeding Edge’s New Series 7 Begoth Dolls!

This Month’s Question: What voice actor provided the voice for Claude C. Kenny in the American version of Star Ocean: Second Evolution? (Hint: Don’t know? Wikipedia is your friend)

Contest is open to anyone 18+, One entry per person. Winner will be selected randomly from all correct contest entries. Contest ends March 15, 2009