All I can say is, about friggin time! It’s probably been about 20 years since I’ve seen “Night of the Sentinels.”

All I can say is, about friggin time! It was just recently announced that Fox’s old 1990’s X-Men the Animated Series will be coming out on two 2-Disc DVD by Walt Disney Studios. They will be under the title “Marvel X-Men Volume 1 (2-Disc) and Volume 2 (2-Disc) respectfully and are scheduled for an April 28, 2009 release both in the United States and Canada. Run time for each is 391 minutes. Currently no other information is given on bonus material or which DVD contains which episode.

Despite the horrible DVD cover art, you can pre-order Marvel X-Men Volume 1 and 2 now on Amazon for $17.99. 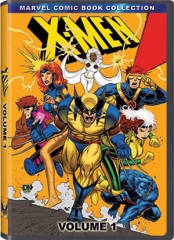 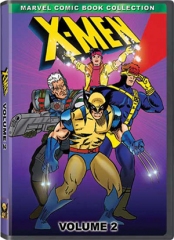