The wildly popular animated series “Afro Samurai” will soon be getting a live-action adaptation courtesy of Indomina Films with Samuel L. Jackson to produce. 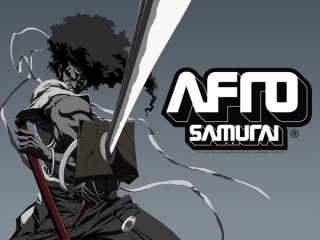 The wildly popular animated series “Afro Samurai” will soon be getting a live-action adaptation courtesy of Indomina Films with Samuel L. Jackson to produce.

Here’s what Jackson had to say in a statement, “This has been one of my very favorite properties ever since our amazing debut at Comic Con with the original series pilot out of Japan. I can’t wait to produce the epic feature film version with our new partners at The Indomina Group.”

Fans who’ve been waiting since the project was originally teased back in 2008 with Andre 3000 set to star should be excited as it’s gone from a pie dream to fruition.

Here’s the full Press Release:
Los Angeles, CA – July 21, 2011 – It was announced today that The Indomina Group, the fast-growing U.S. and Dominican Republic based producer and distributor of film, TV and trans-media content, is teaming with Samuel L. Jackson and Gonzo Studios to produce a new live action film based on the popular “Afro Samurai” animated series that has spawned an impressive franchise and a global following. The announcement was made by Indomina Group Vice Chairman and CEO Jasbinder Singh Mann who will serve as producer with Samuel L. Jackson and Gonzo Studios’ Shin Ishikawa. Eli Selden of Anonymous Content is executive producing.

Academy Award® nominee Samuel L. Jackson has been close to the franchise for a number of years having voiced Afro Samurai for the 2007 anime TV mini-series “Afro Samurai” and again for the 2009 Emmy® winning animated TV movie “Afro Samurai: Resurrection.”

Said Jackson, “This has been one of my very favorite properties ever since our amazing debut at Comic Con with the original series pilot out of Japan. I can’t wait to produce the epic feature film version with our new partners at The Indomina Group.”

“When Indomina was launched, ‘Afro Samurai’ was quickly identified as the perfect property for us to option and exploit through our vertical channels targeted to a fanboy audience,” said Singh Mann. “We never took our eyes off the property and are very pleased to not only have the opportunity now to make an extraordinary film, but to do it with Samuel L. Jackson, who is just as passionate about ‘Afro Samurai’ as we are. This is a perfect collaboration in the eyes of Indomina. We look forward to going to work with Sam and Gonzo on this and making something discernibly unique.”

Producers plan to attach a writer and director this summer and complete casting by the end of the year. The film will be shot at Pinewood Indomina Studios in the Dominican Republic in 2012.

Stacey Smart Stanley is overseeing the project’s development for Indomina while Chris Carlisle will be point person for Gonzo.

Afro Samurai (アフロサムライ,) is a Japanese seinen dōjinshi manga series written and illustrated by manga artist Takashi Okazaki. It was originally serialized irregularly in the avant-garde dōjinshi manga magazine Nou Nou Hau from September 1999 to May 2000. Inspired by Takashi Okazaki’s love of soul and hip hop music and American media, Afro Samurai follows the life of Afro Samurai who witnessed his father (owner of the No. 1 headband) being killed by the hands of a gunslinger named Justice (owner of the No. 2 headband) while he was a child. As an adult, Afro sets off to avenge his father’s death and kill Justice.

The Afro Samurai dōjinshi was adapted into a 5-episode anime TV series by Studio Gonzo in 2007. The same studio also went on to produce a made-for-TV movie sequel entitled Afro Samurai: Resurrection in 2009, which gained two Emmy nominations, for Outstanding Individual Achievement in Animation, which it won, and Outstanding Animated Program. After the release of the anime series, Takashi Okazaki remade the original Afro Samurai dōjinshi into a two-volume manga.

In addition to the success of the anime series, Afro Samurai has also been adapted into a video game. For the TV series and the film, two soundtracks by the RZA of Wu-Tang Clan have been released as well as a profile book in Japan.