“Ben 10” revolves around a young boy named Ben Tennyson, who can transform into 10 different alien creatures with the help of a gauntlet device called the Omnitrix. 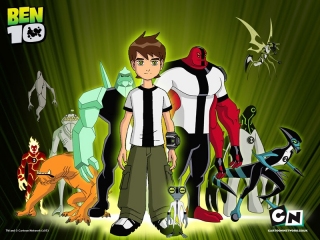 Albert Torres has been hired to pen the script for the big screen live-action adaptation of Cartoon Network’s “Ben 10.”

“Ben 10” revolves around a young boy named Ben Tennyson, who can transform into 10 different alien creatures with the help of a gauntlet device called the Omnitrix.

According to producer Joel Silver, here’s what he has to say about the film:

I think we have to try something fresh and go at it in a way that stays true to the original material. I have a 5-year-old and a 9-year-old, so it’s somewhere between them. I tried to do (something similar) with Speed Racer and failed miserably. You always learn more from the ones that don’t work than the ones that do work.

Torres’ previous work include the live-action adaptation of “Akira” for Warner Bros., which may or may not go into production.

Although I’ve never seen an episode of “Ben 10,” I have seen the toys whenever I am browsing through the figure section, and they do all look very cool. If it doesn’t turn out into a silly kiddie film, I may just have to check it out myself.