‘Aladdin’ Production Begins With Will Smith Sending Out Cast Photo

Yesterday, filming for the movie has begun and the occasion has been marked by the live action Genie – Will Smith.

While I’m still not behind a live action ‘Aladdin’ remake from Disney, I’ve accepted that it’s going to happen, and will wait to see more before I completely cut off the idea that it could be watchable. Yesterday, filming for the movie has begun and the occasion has been marked by the live action Genie – Will Smith.

the Fresh Prince tweeted out the pic of himself, along with fellow cast members: Mena Massoud as Aladdin, Naomi Scott as Jasmine, and Marwan Kenzari as Jafar. Not seen in the photo are additional cast members: Navid Negahban as the Sultan, Nasim Pedrad as Dalia, Princess Jasmine’s hand maiden and confidante, Billy Magnussen as Prince Anders, and Numan Acar as Hakim. 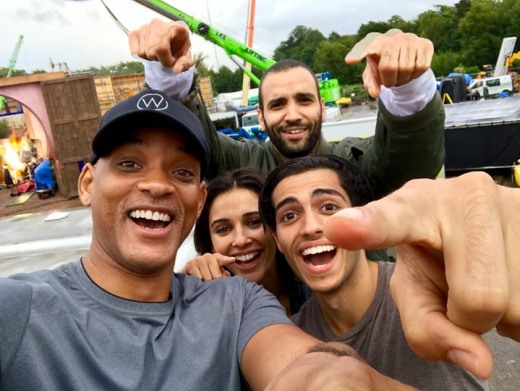