If it’s half as good as Marvels, Kingdom Come, or even Earth X, count me in!

Earlier today Marvel sent out an image that couldn’t have been created by anyone other than iconic artist, Alex Ross. The Image is titled “Generations” and features the modern and classic incarnations of Jean Grey, Wolverine, Thor, Captain America, Nova, Captain Marvel, Ms. Marvel, Hawkeye, Iron Man, Spider-Man and the Hulk.

What does it mean? We’ve got no idea. It could be a big new event, a stand alone book, or even another new direction for the publisher as a whole. Whatever the case, we’ll know when it’s revealed this Summer. In the meantime, if it’s half as good as Marvels, Kingdom Come, or even Earth X, count me in! 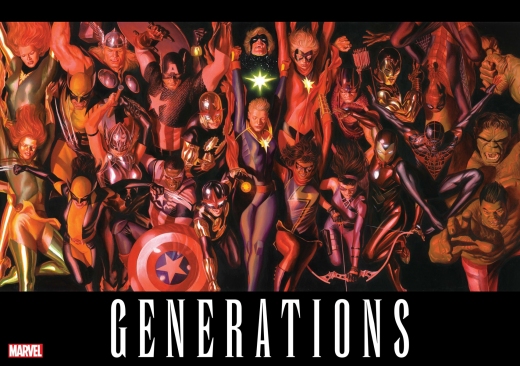