AMC’s ‘The Walking Dead’ Casts David Morrissey As ‘The Governor’

For those of you still wondering if The Governor will be appearing in the TV adaptation of The Walking Dead… Well, there ya go! 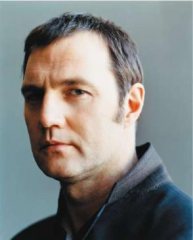 For those of you still wondering if The Governor will be appearing in the TV adaptation of The Walking Dead… Well, there ya go!

Deadline Hollywood is reporting that David Morrissey has just been cast in the role of The Governor and that he will in fact be a series regular as of season 3.

Without spoiling things for people who haven’t read the comic book, The Governor has more impact on the group than just about any other outsider they’ve ever encountered… and not in the sure, come hang out on my farm while I fix your bullet wound like Hershel kind of way.

The basic bio for The governor is that he’s “the leader of Woodbury, a small settlement of survivors, and becomes the chief antagonist for The Walking Dead‘s lead Rick Grimes (Andrew Lincoln) and his group.”

With that in mind, Kirkman has made a lot of changes between the show and the comic. We could be in for a fluffier more cuddly version of the Governor… But I doubt it.