Are You Ready For A ’10 Things I Hate About You’ Sequel?

Somewhere in Hollywood this is currently a studio executive in need of a serious smack on the back of the head.

Today’s really stupid movie news is that there’s a ’10 Things I Hate About You’ sequel in the offing. Was 10 Things I Hate About You the best movie ever made? No, but it fits in a special place next to Empire Records as the seminal teen movies of the 90’s. If they were made in the 80’s, you can bet your ass that John Kusack and Molly Ringwald would sure as hell have been cast in them.

It also featured several actors who went on to become major stars like Julia Stiles, Joseph Gordon-Levitt and Heath Ledger.

Word is that the characters (but not necessarily the actors) will return for a sequel called: ’10 things I Hate About Life.’ Variety has already confirmed that “Captain America” star Hayley Atwell has signed on.

In the new film the story is based around two people who meet while both trying to commit suicide.

“It is the story of two relatable, ordinary people with normal jobs and normal desires whose seemingly great lives have become unmanageable,” he tells Variety. “Two people who go to the same place at the same time to end it. … Their chance meeting is so awkward, so raw, and so funny, they postpone their intentions and go their separate ways.” 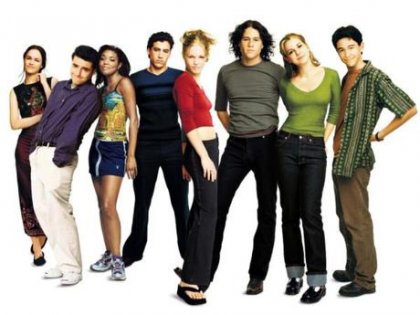