New Trailer and Poster Released For The CW’s “The Flash”

Tune in for the premier of The Flash on October 7th.

I’m a big fan of The CW’s Arrow. I fought it at first. In fact, I refused to watch it at first because I didn’t want to see Dawson’s Creek for super heroes. Finally, I gave it a shot and I’ve been a faithful viewer ever since. When they introduced Barry Allen last season, I was very excited. It had been reported that he would turn into The Flash later in the season. Apparently, everyone else got excited too. So excited in fact, that they nixed the idea for the reveal on Arrow and gave The Flash his own series. I’ve seen the pilot and I have to say that it looks like it could grow into an even better show than Arrow.

Today, The CW released a new trailer and a new poster for the show. Check them both out below. 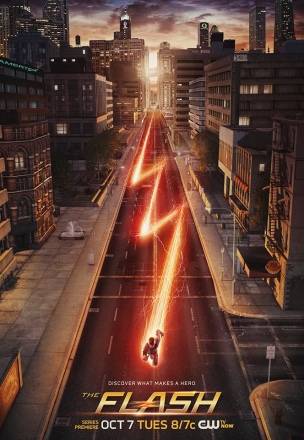