No real words for this other than – Holy Damn!

There isn’t really any any manga out there right now that’s hotter than Attack on Titan, and the English translation of the Anime is one of the hottest shows on Toonami. Now, Good Smile Company, has unveiled the first figurine from their “Wonderful Hobby Selection” and it is none other than The Colossus Titan. I’m not sure what the price is, but at a standing height of almost 20 inches, it’s not going to be cheap. Check out the images below and try not to drool on you keyboard. 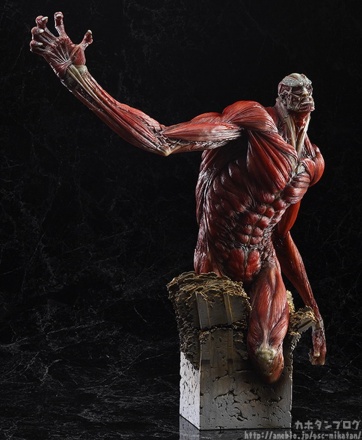 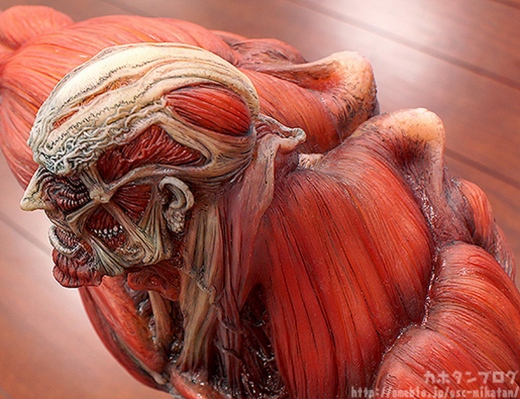 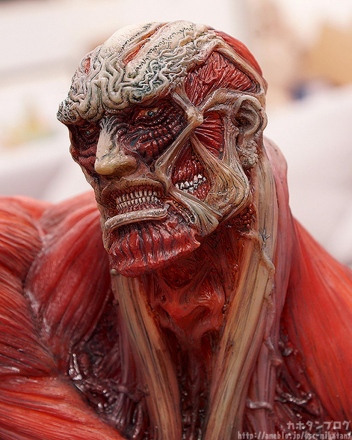 The first in Good Smile Company’s ‘Wonderful Hobby Selection’ series of top-notch figures is none other than the enemy of mankind from the popular anime ‘Attack on Titan’ – The Colossus Titan. The titan who stands taller than all the others, towering over all that stands in his way. The figure is designed and sculpted by Takayuki Takeya!
This is more than a figure – it is a work of art that captures the strength and power of The Colossus Titan in a pose of epic proportions. The figure is made from polystone allowing for meticulous detail to the sculpt, a heavy appearance and an unbelievably realistic texture. Standing an impressive 490mm in height, the figure also lives up to it’s name, with his hand ready to come crushing down on whatever is in front of him. No matter what angle you choose to look from he is a treat to the eyes – and the closer you look the more details you’ll see!

The Colossus Titan is a figure in a class of it’s own, and only 500 will be made available worldwide, with each being engraved with a unique serial number.