Are You Ready For a ROCKY Spin-Off?

The team behind Fruitvale Station is partnering up with Stallone to tell the tale of Apollo Creed’s Grandson.

Deadline is reporting a pretty surprising new story. It turns out that The Rocky franchise still has life in it. Rocky might not be a super-viable character anymore, but Writer/Driector of Fruitvale Station thinks that there’s a good story to be told about the grandson of Apollo Creed. As we know, Apollo died at the hands of Ivan Drago in Rocky IV. Now it looks like his grandson is going to step in the ring, as played by the extremely talented Michael B. Jordan. The movie is currently being written under the title: CREED.

If you are a fan of the Rocky series, don’t worry, Stallone is planning on taking a role in the film. If I had to guess, it would probably be as trainer/mentor/corner-man. 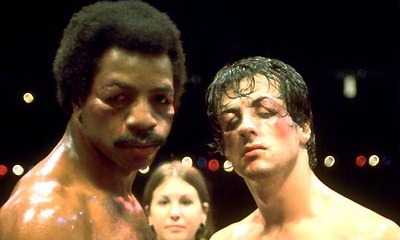