15-year-old Asa Butterfield, best known for his role in Martin Scorsese’s “Hugo,” has been offered the lead role of Ender 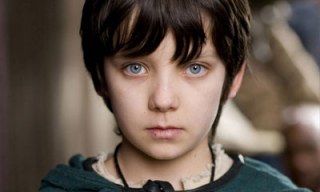 15-year-old Asa Butterfield, best known for his role in Martin Scorsese’s “Hugo,” has been offered the lead role of Ender in the upcoming and much anticipated Gavin Hood (Wolverine) directed adaptation of the classic Orson Scott Card sci-fi novel of the same name.

I love the casting and while I don’t know much about Butterfield, I know he’s a fine actor and frankly I can’t think of anyone better suited for the role.

Here’s a description of the film from Deadline:
“Ender’s Game is a seminal futuristic novel that Card originated as a short story in 1977 and then turned into a 1985 book that won both the Hugo and Nebula Awards and spawned a series. The storyline begins on Earth after an alien attack, when gifted children are recruited by a government desperate to fight back. The kids are taught a competitive game that’s a cross between the Quidditch matches of Harry Potter and the Jedi light saber battles from Star Wars. Only the best and brightest will be chosen. A young boy emerges as a genius strategist, and the planet’s best hope to destroy the alien Formic race.”