Despite its popularity, the movie has met with controversy, the biggest of which is that while the cartoon features a mainly Asian character set, the movie is primarily cast with Caucasian actors.

Slashfilm got a hold of the first set pics to be released from the new adaptation of the hit Nickelodeon cartoon, Avatar the last Airbender. the photos come from two sets in Pennsylvania and Greenland and some of the pics come courtesy of the Reading eagle.

The movie’s screenplay (written by Shyamalan) focuses on Aang (Noah Ringer), the title character and a so-called Air nomad, who emerges from frozen hibernation inside an iceberg to discover that his village has been annihilated. The Fire nation is waging war on the other three: Air, Earth and Water.

The Pennsylvania set is set up to look like a village after it has been destroyed by the fire nation and the Greenland shots are of a Water Nation tribe. The film will be the first in a trilogy that walks the same path as the highly popular cartoon.

Despite its popularity, the movie has met with controversy, the biggest of which is that while the cartoon features a mainly Asian character set, the movie is primarily Caucasian with the exception of the antagonist who is being played by the Indian actor, Dev Patel who achieved fame in both the British TV series Skins and the Oscar Winning Slumdog Millionaire. 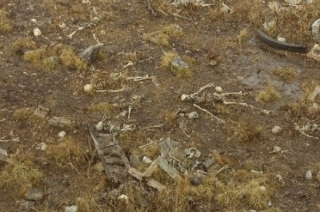 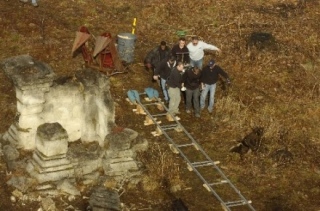 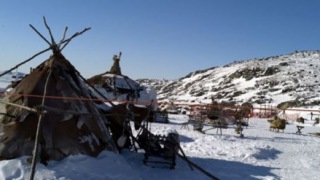