Here’s your first look at Tom Hardy as Bane from “The Dark Knight Rises.”

Yesterday we got news, via official press release about the start of principal filming for Batman “The Dark Knight Rises.” What a lot of people didn’t know is that it also signaled the beginning of the new Batman Viral Campaign.

If you don’t feel like waiting. The image is right here. Tom Hardy as Bane! 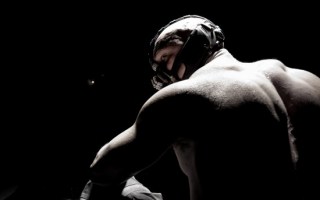