Bishop And Warpath Confirmed For X-MEN: Days of Future Past

Now the big question becomes, who is playing these two mutants?

Great day for X-Men fans. Bryan Singer took to Vine this morning to reveal that two major players in the X-Men Universe would be a part of the upcoming X-Men: Days of Future Past. His post, titled Every Mutant Needs A Place To Sit featured a slide show of directors chairs for Xavier, Magneto, Storm, Logan, Kitty Pryde, Bobby “Iceman” Drake, and Peter “Colossus” Rasputin, ended with the chairs for both Bishop and James “Warpath” Proudstar.

Now the big question becomes, who is playing these two mutants?

Warpath should be pretty cut and dry. Booboo Stewart is the only Native American actor in the cast at the moment. He’s pretty much a safe bet.

Bishop, on the other hand, still has a bit of a question mark over it. We know that Omar Sy is in the cast, and he’s already been rumored to have the part, but the internet still has other opinions on who they want to see in the role ranging from Idris Elba, to Michael Jai White. 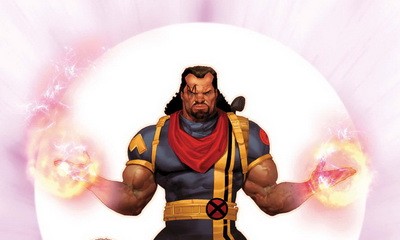