The first two photos of Chloe Moretz in the new remake of the classic Horror film, Carrie have just been released care of Entertainment Weekly. The magazine also released the first image of Julianne More as her mom, Margaret White.

The remake of Carrie hits theaters with a big bloody splash on March 15, 2013. 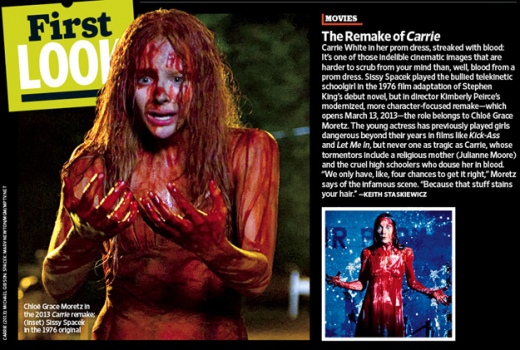 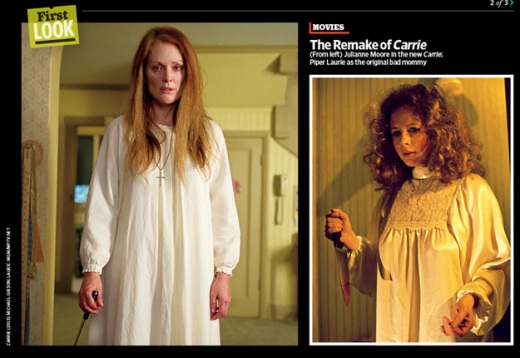