“Burn Notice” will be getting a third-season pickup and “Psych” Season 4 has been green light. Each has received a 16-episode order. 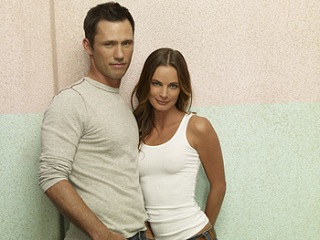 Some of the best TV that’s happening isn’t on the big four networks. In fact, USA has built themselves up to be a great network over the last few years with shows like Monk, Psych, Burn Notice, and several others.

Well, now there’s good news for people suffering through some of the bland new shows that are killing time between commercials lately. USA has just announced that “Burn Notice” will be getting a third-season pickup and “Psych” Season 4 has been green light. Each has received a 16-episode order.

If you’ve never heard of the shows, you are missing out. “Burn Notice,” stars Jeffrey Donovan as a burned spy operative who finds himself stuck in the tropical paradise of Miami. The show also features Bruce Campbell and it has already gained a cult hit status.

“Psych,” stars James Roday as a police consultant who solves crimes with acute powers of observation. It’s probably one of the funniest shows on TV right now. The new show Mentalist has been referred to as “Psych” without the laughs.

“We’re really lucky to have a broad palate of success with two very different shows that work in our brand filter — one a buddy comedy and the other a sexy action show, one produced in-house and the other by a third party,” said Jeff Wachtel, executive vp original programming at USA and co-head of original content at Universal Cable Prods. “But both are character-based, and both very much fit within our ‘Characters Welcome’ brand.”

Both series are returning in January with the second half of their current seasons. The new seasons are scheduled to premiere next summer.

Also, “Monk” fans who were expecting the show to end this year can hold on to a glimmer of hope as the network is apparently in talks for another season.