Captain Planet and the Planeteers Set For Live Action Film

I hope they hire Don Cheadle.

After years of fans asking for it and every video site on the net making a parody video of it, Captain Planet and the Planeteers is finally going to get turned into a live action film. Heat Vision is reporting that Sony has picked up the picture

There’s no word on writers, directors or stars, but we can only hope that Don Cheadle will be cast in the lead.

In reality, we can probably expect an extremely preachy film that is even more heavy handed than the original cartoon ever was.

In case you need a refresher, here’s the opening and closing from the original show. 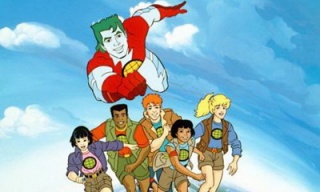