‘Castlevania’ Season 2 – A Familiar Face Will Be Popping Up

A few Hours ago, Adi Shankar sent out a note on Facebook to announce that a popular character from the Castlevania games would be popping up in season 2 of the Netflix series. Here’s what the post said and the image that accompanied it.

Dear Hector,
I’d like to formally welcome you, a devil forgemaster, to our family this season. May you survive this game of fangs. 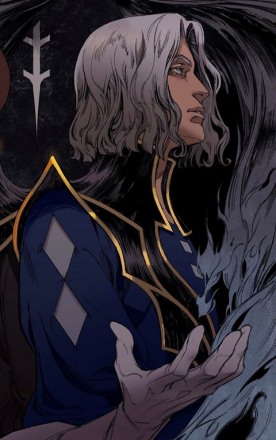 Hector is best known from the game Castlevania: Curse of Darkness. He’s neither a vampire nor a Belmont, but he is a talented forgemaster. It will be interesting to see how his character fits in with the team.

Returning to Netflix for a second season, Castlevania, inspired by the classic videogame series, is a dark medieval fantasy following the last surviving member of the disgraced Belmont clan, trying to save Eastern Europe from extinction at the hand of Vlad Dracula Tepes himself. Trevor Belmont, last survivor of his house, is no longer alone, and he and his misfit comrades race to find a way to save humanity from extinction at the hands of the grief-maddened Dracula and his sinister vampire war council.