Sneaking dicks and other sexual images into cartoons seems to be a time honored tradition in animation. Hell, between the castle on the VHS case and the priest Disney’s Little Mermaid might be the king.

Sneaking dicks and other sexual images into cartoons seems to be a time honored tradition in animation. Hell, between the castle on the VHS case and the priest Disney’s Little Mermaid might be the king. The latest entrant into the penis club is a CGI kids show called Maya the Bee. It seems that there is a scene in the cartoon where Maya (a bee) flies past a rock that just happens to have a big ole dick scrawled onto it.

It was noticed by one mom, before quickly spreading to a bunch of mommy blogs online. That takes us to today. The interesting thing here is that cartoon dicks are almost always denied by the studios. Disney thinks that we will believe a preacher’s boner is really just a knee! That isn’t the case here. French animation studio, 100 Animation, has come out with a full apology and a promise to try to find the culprit… even though they probably can’t. Here’s the complete statement, and a screen grab of the dick in question for your amusement.

An absolutely inappropriate image has been discovered in a four-second fly-by scene in one episode of the total of 78 episodes of the series. The origin of this image obviously results from a very bad joke from one of the 150 artists working on the production … We are desperately searching for the person who did this but it is a complicated task considering the large number of people who were involved in France and Asia.

This is indeed unacceptable to the Studio 100 Group as owner of the brand and all its partners and doesn’t reflect the quality of its work and its values. Legal action has already been started. Studio 100 very much regrets this incident and would like to offer its sincere apologies to all ‘Maya the Bee’ fans. 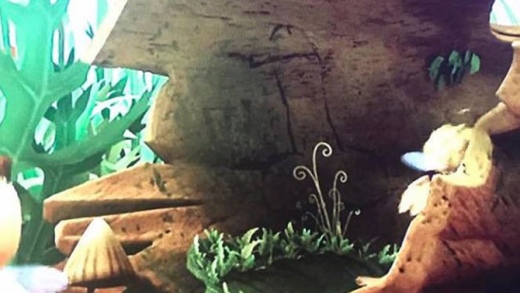