If you loved the unique superhero movie, ‘Chronicle’, then you are going to want to read this news about the sequel and the world’s first super villain.

Screenwriter Max Landis wowed geeks and movie goers alike with the innovative new super hero drama, Chronicle. Now he’s talking about the upcoming sequel and I am really excited about what he has to say.

The first bit of news is that Alex Russell, will return as Matt Garetty:

“I loved Matt, and I felt really bad for him because I understood just how emotionally lazy he is and how he doesn’t really do what he’s doing. And that’s why I’m putting him through hell in (Chronicle) 2.”

“Small spoiler – the movie you saw (Chronicle) in the sequel, is a thing. That edited footage … is a thing. So it’s not like ‘we found this footage after this kids died’. You can’t deny cars being thrown in the air in Seattle. You saw all those helicopters. The world changed. That’s the end of ‘Chronicle’. And things are going to be different now. They can’t possibly cover up what happened.”

The sad news about the whole thing is that the great director who made the first movie happen, Josh Trank, will probably not be returnng: 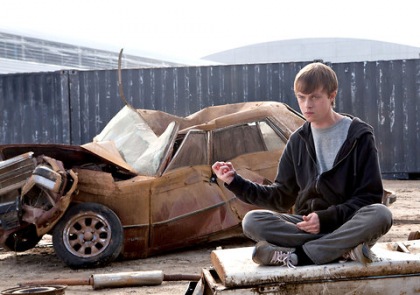