Could Arnold Schwarzenegger Be The Next TOXIC AVENGER?

I wonder if Rhonda Shears will come introduce the first trailer…

I remember The Toxic Avenger and several other great Troma films from when I was a kid. They were funny, gory, and probably the first time I ever saw boobs on film.

Now there’s talk that Arnold Schwarzenegger might be starring in a reboot of the franchise that not only had several movies, but also a toy line and a popular kid’s cartoon. However, news of him starring in it is a bit misleading. It is kind of like news that Johnny Depp is starring in Lone Ranger. No, Armie Hammer is.

Arnold will be playing a former black ops agent who trains a teenager to use his newly-acquired powers for good.

I’m going to guess that Christopher Mintz Plasse or DJ Qualls are near the top of the list for casting as Toxie.

Loosely based on Lloyd Kaufman’s classic Troma franchise, THE TOXIC AVENGER is the tale of a high-school kid who gets dunked in a vat of toxic waste by a corrupt chemical company. He survives the ordeal with one major side effect: upon contact with toxic chemicals, he transforms into a monster with superhuman strength. Schwarzenegger would play ‘the Exterminator,’ a former black ops agent, who trains Toxie to use his powers for good. Together they take on the lurking menace created by the polluters, and the polluters themselves. 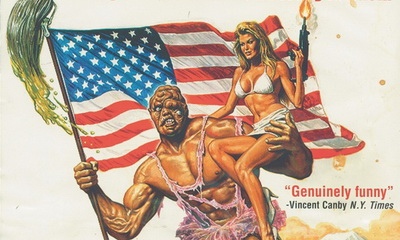