Could ‘Hannibal’ Be On Its Way Back?

Apparently, the topic of Hannibal could not be addressed until 2 years had passed from the airing of the final episode. That time has passed and, unsurprisingly, a fan has taken to Bryan Fuller’s Twitter account to ask him what is up.

Here’s what he responded:
Conversations couldn’t start until 2 years after the final airing of season 3. @neoprod has started those conversations. This takes time.

In case you are wondering, @neoprod is Martha De Laurentiis, the show’s producer. For her part, she’s posted this picture on her Twitter 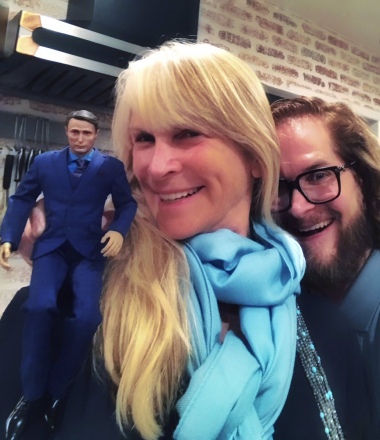 Sadly, that’s all we know right now, but as Fuller says, these things take time. When there’s something more to report, we’ll be here to let you know.