Suicide Squad, Booster Gold, Deathstroke, and Team 7 could be coming to a movie theater near you.

Marvel might be looking to bring some of their lesser known heroes to the small screen via their new deal with Netflix, but Bleeding cool is reporting that DC/Warner Bros has announced they are looking to bring their right to the big screen… just with a smaller budget.

“… with David Goyer attached, Warners were looking at movie treatments for the likes of Suicide Squad, Booster Gold, Deathstroke, Team 7 and more.

“Suicide Squad is one specifically mentioned as only needing a $40 million budget, pre-marketing. Some could be made for as little as $20 million.”

According to the report, their plan is to push two films a year onto the screen, one in the spring and one in the fall. All of the movies will exist in the new cinematic universe that began with Man of Steel. 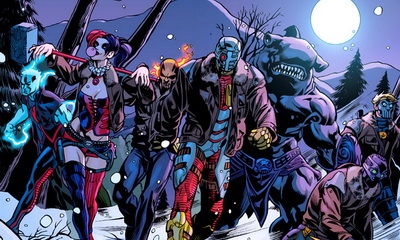