What do you think? Great adaptation for the movie, or adaptation heresy?

We’ve already seen Ryan Reynolds suited up in a few set pics from Deadpool 2, and we’ve seen Josh Brolin in partial make-up as Cable. Today, Reynolds gave us our first official look at Atlanta star, Zazie Beetz as Domino, and it isn’t what a lot of comic book fans were expecting.

In the comics, Domino’s skin is bleach white and she has a black diamond over her eye. As Beets is an African American woman, putting her in white-face could have proven to be more than a little “problematic.” The result that they came up with is definitely unlike anything we’ve ever see for the character before, but… I don’t hate it. Nope, I actually kind of like it. Now, just give us a solid peek at Nathan Summers, please! 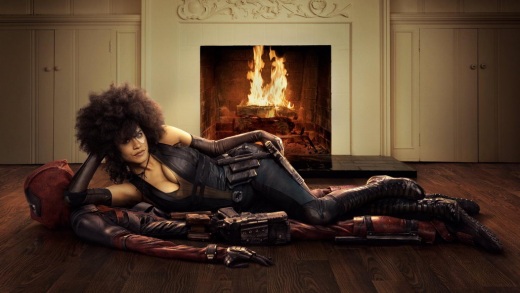