Let me be the first to suggest that if this film isn’t rated R, WB is going to piss off more fans than Marvel did with the first Wolverine movie.

In a move that has some fans scratching their heads, Brad Peyton, the man responsible for such family fare as ‘Journey 2’ and ‘Cats & Dogs: The Revenge of Kitty Galore’ has been tapped to write and direct the live action film adaptation of Lobo – quite possibly the least family friendly character in the entire DC library.

Earlier reports had Guy Ritchie set to handle the film. That would have actually made sense. This… This is just kind weird. I’m not saying that it isn’t possible. I mean, Joss Whedon did write Toy Story a long time before he went into some of the darker areas of shows like Buffy, Firefly, Dollhouse or his new horror film, A Cabin In The Woods. Then there’s M. Night Shamalayan. He did Stuart Little before making… well, he did make a couple good films there before he crapped out… but you get the point.

There could still be a change, but don’t count on it. What you can count on is that you’ll be waiting a while for a Lobo film. Before he can touch the project, he still has to do another Journey film. 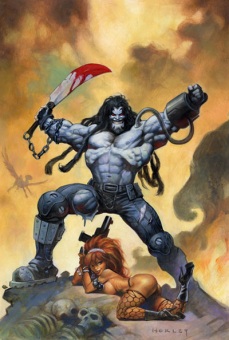