On November 22nd, The Hunger Games: Catching Fire hits the big screen. Today, a new poster was released with a very determined looking Katniss Everdeen (Jennifer Lawrence.) pointing a bow and arrow directly at your face. 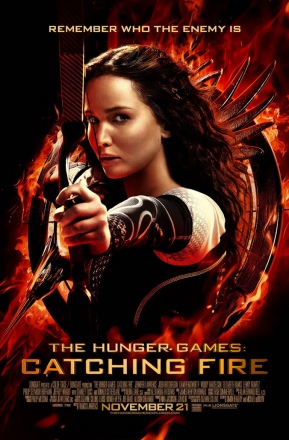