The upcoming Ender’s Game film is set to be the start of another huge Franchise. It is set to come out in theaters on November 1st 2013 and marketing for the film has really just started to pick up. They’ve got a great cast that includes Asa Butterfield, Ben Kingsley, Viola Davis, Abigail Breslin, and Harrison Ford as well as other young actors like Hailee Steinfeld, who plays Petra Arkanian, Ender’s only friend. Below we have a few different images:

First, we’ve got the battle logos for the different armies in the movie, then we’ve got a shot of Harrison Ford and Butterfield, followed by a shot of Butterfield and Steinfeld. 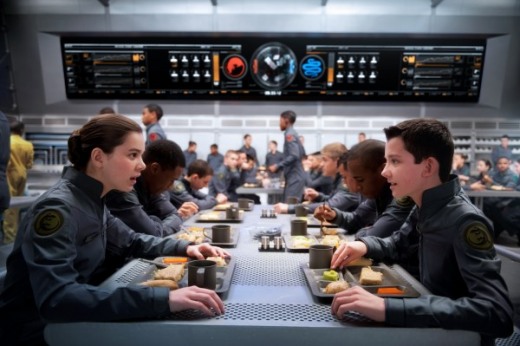