20th Century Fox releases this first teaser image of Steven Spielberg’s new prehistoric time travel series, “Terra Nova.” The action adventure is something similar to “Land of the Lost,” the series not the shi**y Will Farrel movie.

An epic family adventure 85 million years in the making, is the new event drama slated for midseason from executive producers Steven Spielberg (“Jurassic Park,” “The Pacific”), Peter Chernin, Brannon Braga (24, “Star Trek: Enterprise”) and David Fury (24, “Lost”). The action-adventure series follows an ordinary family on an extraordinary journey back in time to prehistoric Earth as a part of a massive expedition to save the human race 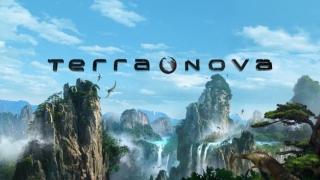