I just watched the first full trailer for Dawn of The Planet of The Apes and I’ve got to say… wow. I enjoyed the first film, even with it’s copious amounts of James Franco, but this movie looks like they’ve taken the franchise to a whole new level.

As a fan of the original Apes series, I was skeptical when they announced the reboot. I was pleased after the first film, but now this trailer has me jumping up and down like a howler monkey.

Official synopsis:
A growing nation of genetically evolved apes led by Caesar is threatened by a band of human survivors of the devastating virus unleashed a decade earlier. They reach a fragile peace, but it proves short-lived, as both sides are brought to the brink of a war that will determine who will emerge as Earth’s dominant species. 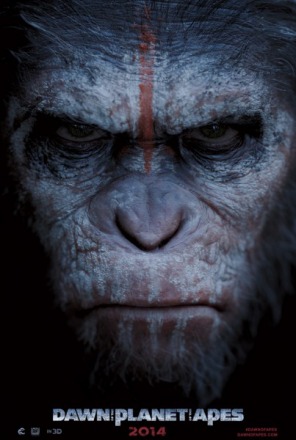