“It’s Bourne through an austerity-riddled Europe and in a post-Snowden world.”

We’ve been waiting years for Matt Damon to return to the Bourne franchise and he’s now back in action as Bourne 5 is underway. Today, Frank Marshall, tweeted out the first image of Damon on set and it definitely looks like a grittier take on the character. 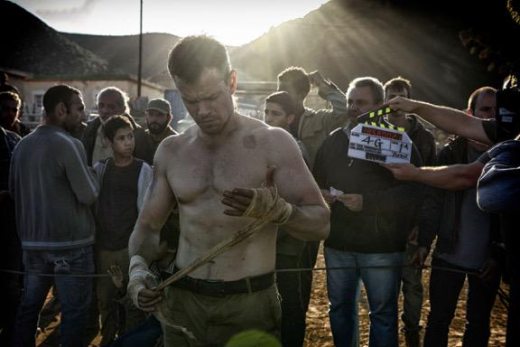 Here’s what Damon has said about the movie:
“Without giving too much of it away, it’s Bourne through an austerity-riddled Europe and in a post-Snowden world,” Damon said. “It seems like enough has changed, you know? There are all these kinds of arguments about spying and civil liberties and the nature of democracy.”