First Image from THE HOBBIT: THE DESOLATION OF SMAUG Released

The first movie in the series might not be out till next week, but that doesn’t mean we can’t start promoting the sequel, right?

The Hobbit: An Unexpected Journey doesn’t hit theaters until next week, but Peter Jackson is already releasing the first image from the next film in the trilogy: The Desolation of Smaug.

The Real Smaug action isn’t going to kick in until the final battle at the end of the third film, There and back again, but for now, we at least have this great new picture of Martin Freeman as Bilbo Baggins on Smaug’s gold. 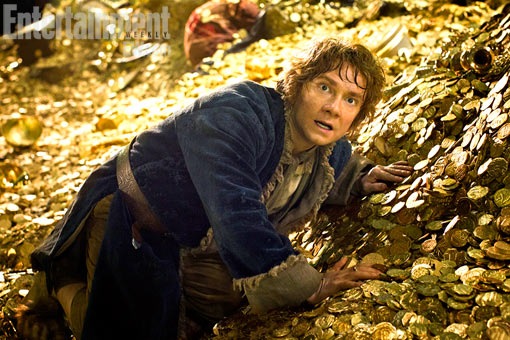